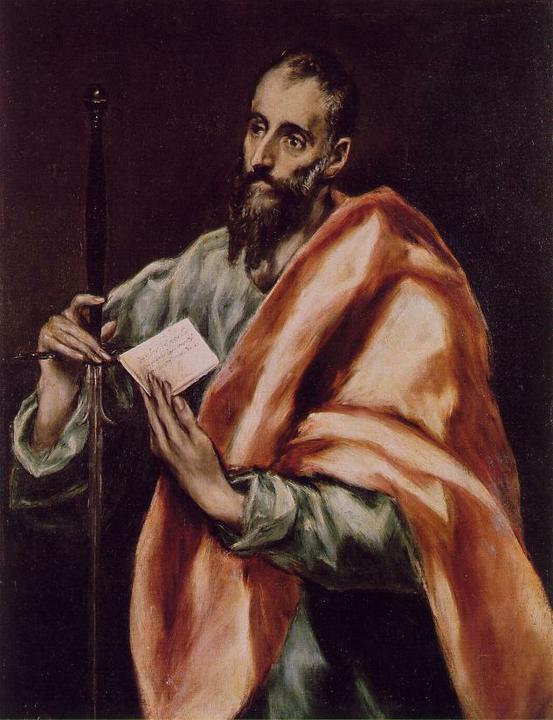 Our class saint is: St Paul the Apostle

Saul was a tent maker and Jew who hated the Christians.  He even helped in the stoning of Saint Stephen the Martyr.

He was on his way to Damascus to arrest some Christians when a light from heaven suddenly shone around him.  He fell to the ground.  He had been struck blind.  He heard a voice saying "Saul, Saul, why do you persecute me?"  He asked, "Who are you?" and the voice answered, "I am Jesus, whom you are persecuting."  Saul asked, "Lord, what do you want me to do?"  The voice said, "Go into the city; you will be told what to do.”

Saul had to be led by his companions into the city.  After three days, a man named Ananias came to him and said, "Brother Saul, the Lord has sent me that you may get your sight back and be filled with the Holy Spirit.” At once Saul could see.  He was baptised and was called Paul.  He began to preach the word of Jesus and wrote many letters to the Christians.  Paul travelled and preached for years.  He died in Rome in the year 67.